Adam Baumann is a man both of and outside of his time. Born in a German community in Hungary between wars, he lived a primitive childhood. His father was tough, his mother resourceful and tender. His brother and sisters were all good children. But Adam was different. He was larger than the life he was born into. Smart, daring, talented, and hard-working, he struggled against the restrictions of his time, place, and family. All the while he was deeply devoted to them.

An adventurous youngster with nowhere to go, his first departure from home took him across Hungary, where he lived as a stable hand in the house of a Hungarian nobleman… until his explosive father located him. Adam’s attempts to resolve the schism between his extraordinary capacity and the smallness of the world into which he was born would lead him on a series of dangerous escapades, including war captured by the Soviets, deportation out of Hungary, crossing the fence into eastern Germany where the Russians held his sister, and finally, crossing the Atlantic to the new world.

In his adopted home country of Canada, Adam’s never-ending quest for more continued as he struggled to make a living and then surpassed his wildest dreams. With the love of his life at his side, Adam overcame hurdle after hurdle, whilst caring for family spread across two continents. Adam Baumann is a 20th Century hero–a mixture of the ambition and independence of an Ayn Rand hero with the tender heart and family devotion of an ordinary man.

Roxi Harms does a magnificent job of capturing the complexities of Baumann’s character, both the extraordinary and the ordinary. With skill and detail, she brings to life the story of a man who triumphed over the limitations of history to become his greatest self.

— Ginger Moran, author of The Algebra of Snow

A poignant, arresting debut… Harms makes her dazzling foray into the world of fiction with this remarkable story about hunger, desperation, cruelty, and resilience which is set against the backdrop of WW II. Growing up in an isolated village in eastern Hungary between the great wars, Adam yearns to spread his wings wider. From a 12-year-old runaway searching for food to a 15-year-old shivering in the mud of a frozen foxhole on the Eastern Front, Adam’s resilience is boundless.

Struggling through a war-torn landscape, Adam builds his life from the ashes, but unforeseen circumstances will change his destiny forever. The story follows the trajectory of Adam and his family’s lives from pre-war years through WWII and then the displacement of German families from Hungary and other countries to Germany and its aftermath.

Interweaving various story lines and set against the background of a well-trodden period of history – as Hitler plunged Europe into war and afterwards as Europe reeled from the final destruction and horror of WW2 – Harms stays focused on the tests and triumphs ordinary Germans faced during the war. The vivid descriptions of German-Hungarian culture and the people’s ways of living add to the intrigue of the story. Moving, assured prose, swift narrative, and memorable characters make this poignant tale all the more remarkable. Harms skillfully portrays one man’s journey of triumph against hardships, successfully bringing a complex and turbulent time in history to life. A riveting, poignant, coming-of-age story that will delight both lovers of historical fiction and literary fiction.

Go to The Prairies Book Review 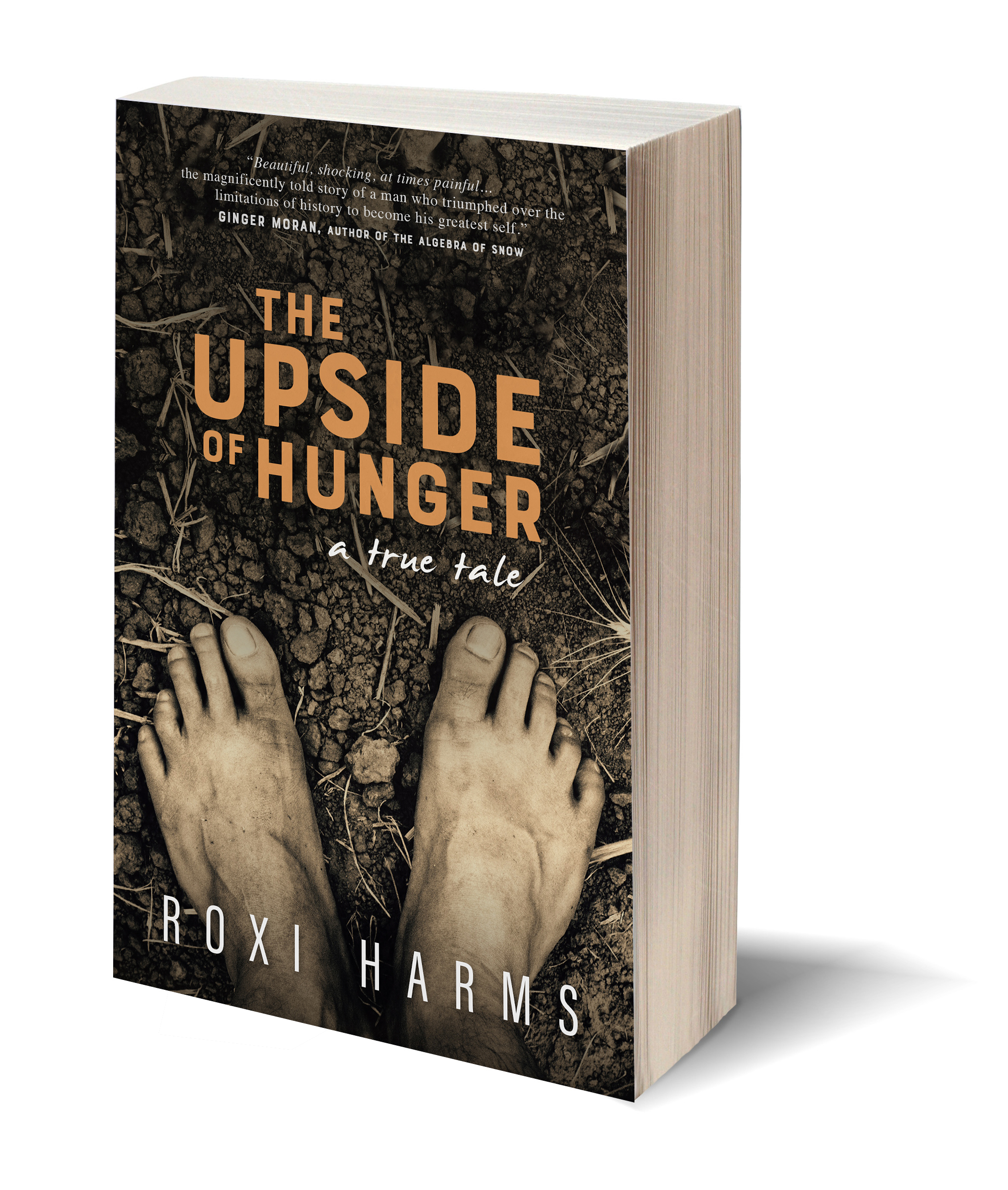 All profits are directed to The Upside of Hunger Scholarship Fund, awarded annually to underprivileged Grade 12 students wishing to pursue a university education.

“By turns loving and cruel, heated and chilling, adventurous and terrifying, Adam’s tale captures the imagination and fills the mind with stories that linger on long after the last page has been turned. An indelible read.”

"A vivid retelling of the events of one man’s life, the sum of which amounts to an extraordinary tale. The writer has crafted the story with striking attention to detail. Fans of historical fiction, particularly regarding the WWII era, will especially appreciate this superb debut novel."

Kirsten Belitzky, Creator of Flashlights on the Beach: A Path to Happiness

"Adam Baumann is a 20th Century hero--a mixture of the ambition and independence of an Ayn Rand hero with the tender heart and family devotion of an ordinary man. Roxi Harms does a magnificent job of capturing the complexities of Baumann's character, both the extraordinary and the ordinary. With skill and detail, she brings to life the story of a man who triumphed over the limitations of history to become his greatest self."

Ginger Moran, author of The Algebra of Snow

"Based on real events crafted into a beautiful narrative, The Upside of Hunger reveals the story of Adam, his incredible life, and the fascinating history of his family... readers will become invested in the Baumann family and their story, unable to put it down until the very last page."

“The true story of Adam, written by Roxi Harms, was very well done. It grabs you right from the beginning and continues throughout the book. Adam’s life story is so amazing and what he was able to overcome and accomplish is incredible! Thoroughly enjoyed this book. Would definitely recommend it and will be purchasing for friends and family.”

“I was riveted. I’ve always been a bit of a history buff, and this book took me into uncharted territory. Once you get started, plan on missing some sleep.”

"Harms takes history and puts a human face to it".

Roxas James, author of Unexpected and Reflections of Yellow Brick

“I loved how the author weaved this colourful life story into a compelling, enjoyable read that was a challenge to put down.”

“I don’t often read non-fiction, but I loved this book! It kept getting more interesting the further I read. I can’t imagine living in those days. What a hard life!”

Enter your name and email address to receive unpublished short stories about Adam, see photos from his personal albums, and hear recordings of our interviews.